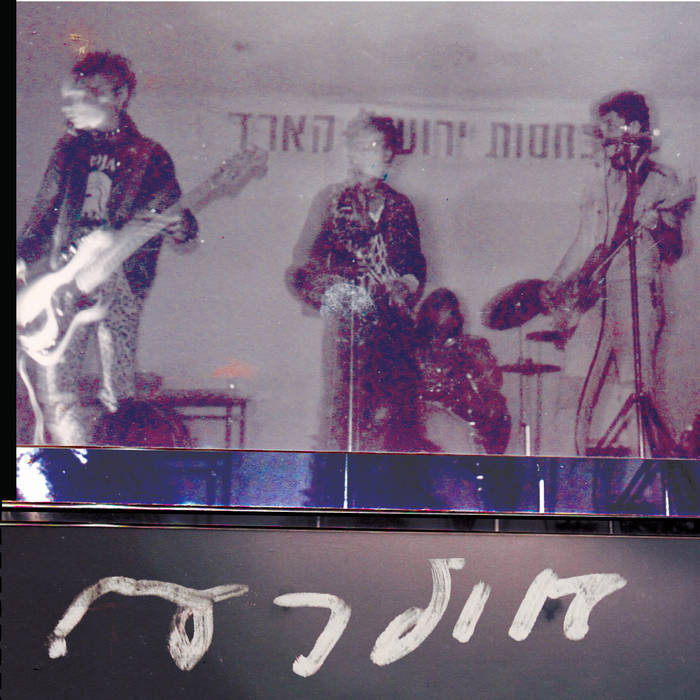 Can we finally all agree, after all these years, that "Love is Thicker than Dicker"? Even if the answer would still be "NO!" it's still about fuckin' time we'll reveal 'n reissue the dusty recordings of one of the most important Israeli punk bands that ever existed to be released for the first time, and consisting of 15 tracks from recorded rehearsals.

Cholera originated in Jerusalem and was mainly active between1982 to 1983, consisting of Marcelo "Hameshalshel" Hervitz on guitar and Amir Yagil aka Anwar Yogli on vocals, with Ran "Div" Slavin on bass and David Oppenheim aka Dudik Dal-Moach on drums. Slavin and Oppenheim later formed the influential post-punk band Shalosh Hait and continued to other varied musical experiences: Slavin joined Rir and became a high-profile audio visual artist with multiple releases for Cronica, Mille Plateaux and Sub Rosa. Oppenheim moved to New York, formed Barbara with Shalosh Hait bass player Re'em Hareuveni, established the Heart & Crossbone label, invented the manic Cadaver Eyes one-man drums-and-triggers-band (that eventually evolved into a duo), joined Lietterschpich when he got back to Israel, and spread (and is still spreading!) left-winged-human-rights-terror-noise with Balata.

But before Slavin and Oppenheim have become so diligent, they played bastard high-school punk rock and lavish hardcore with Hervitz and Yagil in Cholera, where they were making up punk anthems like the aforementioned "Love is Thicker than Dicker" and "We're Fifteen and We don't Like it", mocked inalienable classic rock assets such as Boston's biggest hit with "More than a Shilling", puked over bigotry with "Oi Vey Racism", and massacred their favorite punk classics like The Dead Boys' "Sonic Reducer", Vibrators' "Troops of Tomorrow" and Rami Fortis' proto Israeli punk masterpiece "Get of my TV".