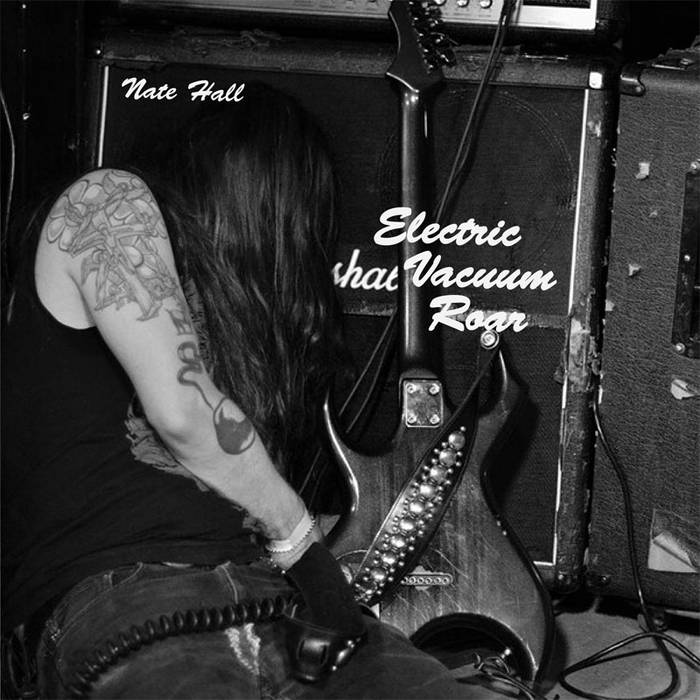 On his previous album, "A Great River", Nate Hall gave his passionate interpretation to gloomy folk and somber country. This is what he had to say about "Electric Vacuum Roar": "I always used to get shocked by the first guitar chords I had. They were really bad, With wires poking out and duct-taped ends. If you touched another guy plugged in, the power would snap your fingers and tingle for hours. It hurt. But it impressed on me the raw power of the instrument."

In deed, the second solo album from U.S. Christmas vocalist and guitarist sees him submerging deeper in a free form manner, applying his veritable sonic skills, and becoming one with his electric guitar and its' infinite orphic powers. Opening track "Dance of the Prophets" is 16:44 minutes long and finds Hall chanting & looming over a multilayered psychedelic fizz a la Earth's influential classic "Pentastar: In The Style Of Demons". Second track "Long Howling Decline / People Fall Down" is almost 12 minutes of a dreamy-nightmarish-distant-guitar-drone-whip, whereas The "People Fall Down" part is in fact a Caustic Resin cover (and Brett Netson play additional guitar and bass on the album!) which sounds as if Hall was the last man standing on sick planet earth. Now isolate yourself, close your eyes and press play.